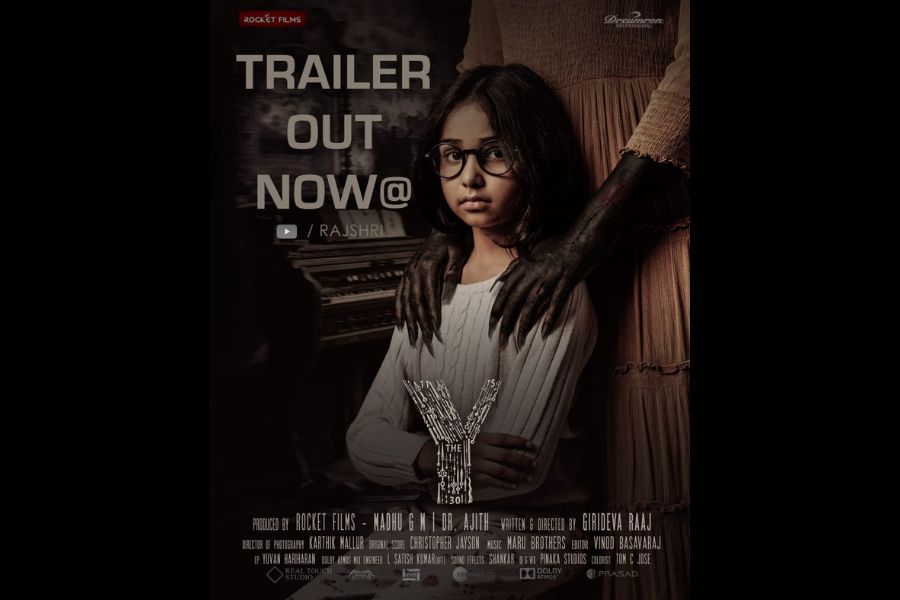 Mumbai (Maharashtra) [India], October 21: ‘The Y’ a psychological horror film produced under the banner of Rocket Films produced by Madhu G M And Dr. Ajith. Girideva Raaj who earlier directed Zero- Made in India in south has directed his debut film in bollywood. Zee Music has recently released ‘The Y’ movie song ‘Bepanaah’ in their YouTube channel and which has been getting lot of attention and appreciations from the viewers. While the Trailer of the film is astonishing and making a buzz in theatres across india and it has been launched officially by Rajshri productions through their YouTube channel today 20th October 2022.

Films from south is making a benchmark and breaking all the records in recent days. A bollywood movie directed by a south director is in the news now. ‘The Y’ a psychological horror is all set to hit the screens all over India very soon. Girideva Raaj, a young director from south film industry making his debut in Bollywood under Rocket Films. Madhu G M and Dr. Ajith have produced it.

Speaking about the film, the director shares, “Since the genre is universal and can attract audience of all ages, we have come up with this concept and casted wisely to keep the audience thrilled without judging the actors. A mute girl character of the lead can bring out more performance in acting than usual, In fact every character in the movie are unique in their own ways. Mood of the film doesn’t let audience get distracted and take them out of the feel. That gives them a perfect roller coaster ride. Can’t wait to see the audience reaction on the trailer.”

‘The Y’ is a psychological horror in genre, presented very differently by a south director Girideva Raaj. Stunningly beautiful visuals, very catchy background score, undoubtedly a different way of storytelling. ‘The Y’ a bollywood movie from a south writer and director, and its trailer is making its presence in two thousand screens across the nation along with PS1, Vikram Vedha, God Father. It’s a psychological horror directed by Girideva Raaj, Brilliantly cinematographed by Karthik Mallur, horrifying background score by Christopher Jayson. Produced under the banner of Rocket films.

The movie is coming out very soon all over India.

When Is The Right Time To Get A Home Loan?