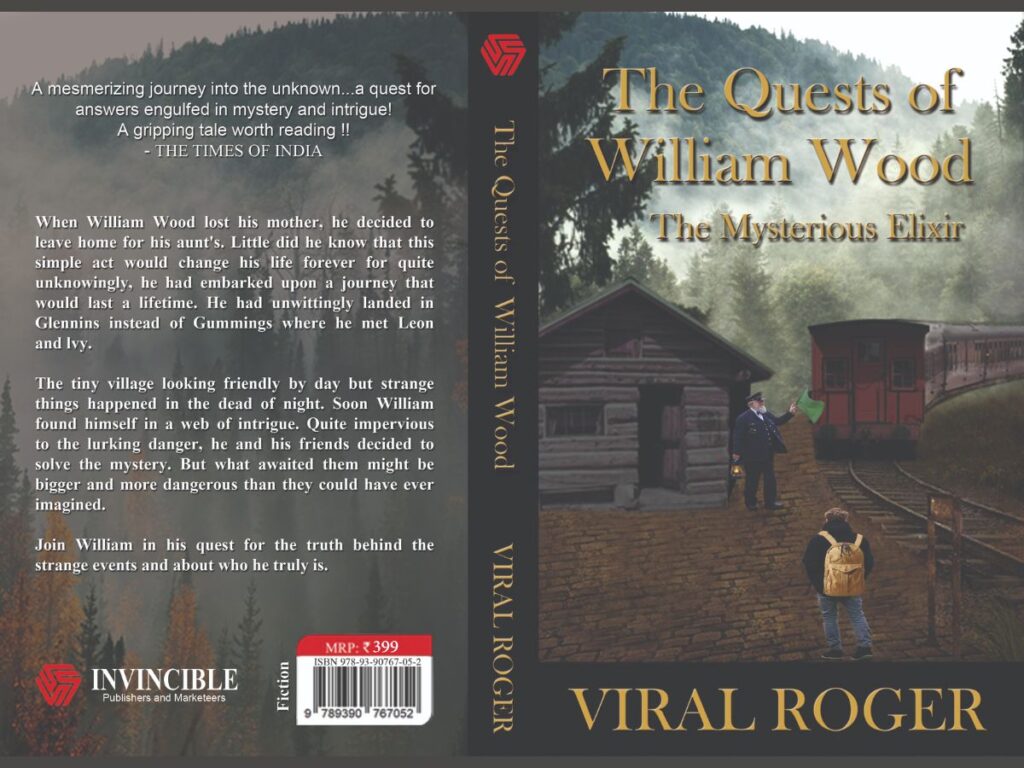 New Delhi (India), June 23: Among so many fantastic tales, author Viral Roger’s thrilling mystery fiction ‘The Quests Of William Wood’ has emerged to become the bestselling edition at the present day. Such a captivating story has made its place among top-ranking fictional books.

‘The Quests Of William Wood’ depicts a boy’s quest, his unravelling of the unknown secret facts about our world. Shocked to the core, such factoids surely astound readers and, of course, fiction lovers.

Author Viral Roger always had a passion for penmanship and creative stories. Hence, her power of imagination has given birth to this beautiful tale filled with thrill, adventure and elements of surprise. The eponymous fiction protagonist, William Wood, gets entwined with unusual happenstances and strange people. After his mother’s death, he sets out for his aunt’s house but surprisingly embarks upon a quest and lands at a strange place. Beautiful during the daytime, the queer land had grim incidents occurring at night. The writer has impressively laid the different levels of her book.

The descriptions given in the book paint a picture in the reader’s mind and leave a thrilling aftereffect. Unblinkingly amazing, the mystical circumstances and unknown strangers with whom William comes across are interesting and mindboggling.

Author Viral Roger’s finesse and construction of such a tight-knit plot hints at her creative mindset. The excels on many levels, like- storytelling, mystical characters, thrilling journey and the captivating climax.

‘The Quests Of William Wood’ has already become one of the top-selling fantasy fiction. The spectacular episodes depicted in each chapter, the different roles, and the nail-biting suspense all fabricate a stunning read.

Viral Roger’s work is phenomenal and noteworthy for delivering good taste in literature. ‘The Quests Of William Wood’ takes the reader to a different realm of magic and adventure. The magnificent storyline and well-knit plot are prompt and precisely stated. There’s no unwanted incidents, loose ends, or loopholes in the narrative that one could frown upon. The fictitious characters and occurrences attract the peruser, and there’s no boredom throughout the entire read.

Concludingly, the book by author Viral Roger is an absolute delight. It’s appropriate for readers and fiction lovers of various age groups. One with good taste in literature and fiction will find it interesting. Also, it’s an excellent choice for newcomers to fiction editions.