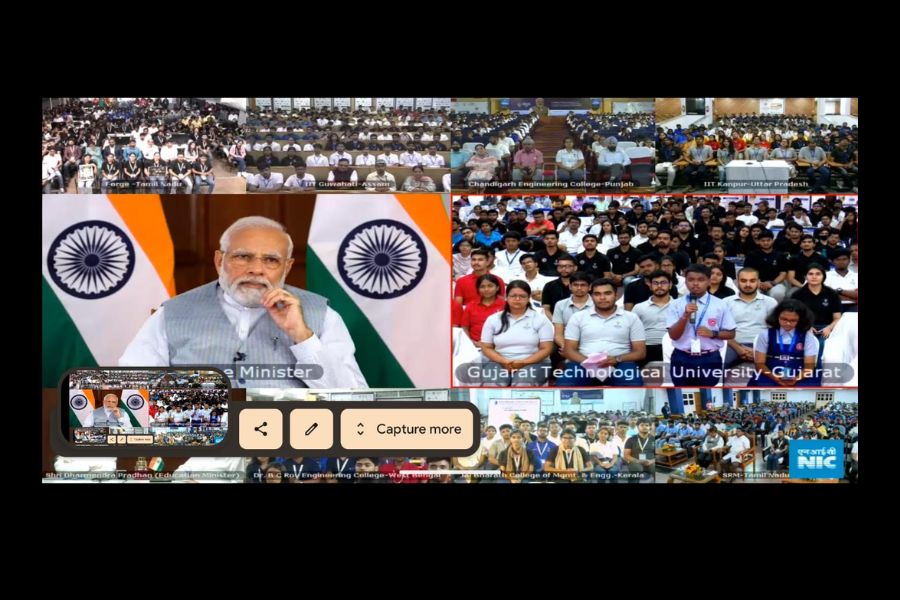 September 2: Ed-tech startup SP Robotics Maker Lab has recently informed that one of their learners – Viraj Vishwanath Marathe, presented ‘AgeCare’ – a mobile gaming app, to Prime Minister Narendra Modi on 25th August via video conferencing. Built for the junior Smart India Hackathon 2022, Viraj, along with his team members Janhavee Dattaguru Joshi and mentor Mrs. Milan Patil, created the app to help dementia patients with gamified behavioural interventions that improve the quality of life for the diagnosed individuals, as well as their caretakers.

AgeCare has created a minimalist and simple UI/UX that is easy to use. Through a combination of mental and physical well-being, the AgeCare app guides its users towards a multifaceted, holistic lifestyle change that may help curtail some of the effects of cognitive decline. Their offerings include “Reminiscence therapy”, which is divided into images, family, friends, and workplace, among others, to help patients remember their close ones. The app also includes video/music, art therapy as well as mental well-being and memory games that help with both social and mental stimulation for dementia.

Commenting on the achievement, Viraj Vishwanath Marathe says, “I was always intrigued by software, and have been taking classes on robotics and programming since the 2nd standard. During one of my interactions with my parents, I was introduced to the problems of dementia and how it has become a global health issue with multiple problems for everyone involved. So when the government announced the launch of the Smart India Hackathon 2022, we decided to take up the challenge to help the society in our own way.”

In the contemporary world, India has over four million individuals suffering from some form of dementia, affecting their memory, thinking, as well as social abilities.

“As the world is moving more towards AI, it becomes very important for students to have a skill like coding and Robotics which will not only make them smart, but it is a new skill for the youngsters like Viraj who have proved it. We at SP Robotics are providing practical learning to help improve problem-solving skills. Teaching in a fun way is always very important, and we have an active community of students between the age group of 7 to 17. The program is designed with fun learning kits like robots and drones that enables children to assemble, build and see codes in action through the robot or drone, which makes it fun.”

SP Robotic Works is India’s #1 Edutainment Organization with 75+ Branches across India called SP Robotics Maker Lab and presented globally through its Online Learning. To cater to an ever-increasing coding and robotics education, the startup also pioneered an AI-led learning platform – SPARKY – spanning from simple ones such as Scratch Programming, Electronics, and Android to more complex ones such as Robotics, Drones,

Computer Vision, Machine Learning and Virtual and Augmented Reality for ages 7 to 17. Currently, the company is expanding its footprint in India through its franchise model of SP ROBOTICS MAKER LAB.

Medical examination date of NEET PG should be shifted

Introducing Chikankari 2.0: The Fresh Take of House of Kari on a Classic Craft

“How Zyoin is the right partner for your Startup hiring”