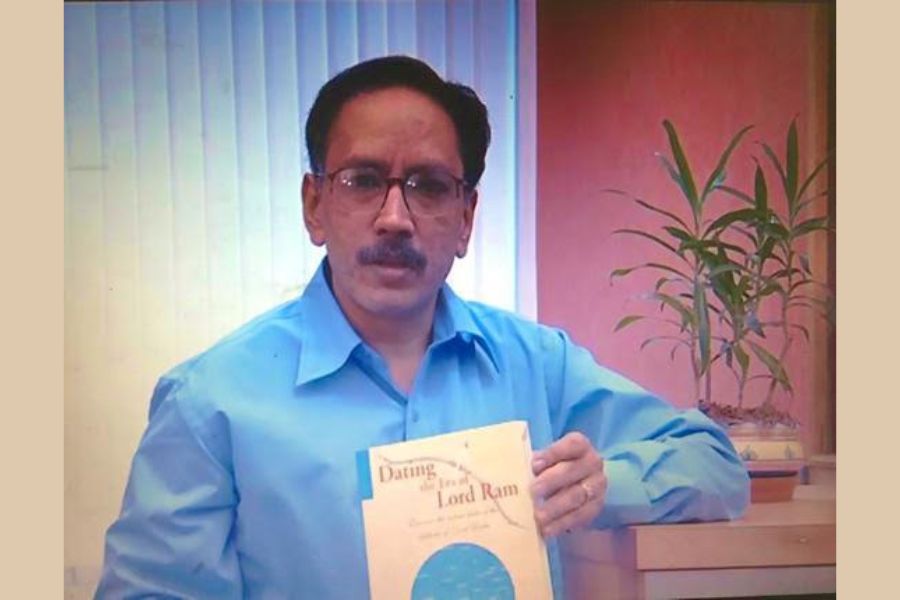 October 19: In recent times a lot has been debated about religion and its authenticity. Hinduism has also had its fair share of claims and doubts coming from different groups of people with different schools of thoughts. The debate on the life of Lord Ram is probably one of the most prominent one out there with every individual having their own say on it based on their beliefs.

Ending this debate on whether Lord Ram was mythical or historical can be credited to Shri Pushkar Bhatnagar who worked alone and tirelessly sitting in front of his computer using a simple yet powerful software called Planetarium Gold, which could show all planetary positions of any respective date entered into it. This software could show the exact planetary position thousands of years in the future as well as in the past using basic calculations and planet mapping technology.

Taking Sage Valmiki’s Ramayana as the basis of his research, his expertise in astronomy and a heart full of devotion for Lord Ram, Mr. Bhatnagar set out on an unforeseen journey to prove the existence of his God.

Valmiki Ramayana clearly mentions the exact planetary positions when Lord Ram was born. It is mentioned there that on that day, the Sun was located in Aries, Saturn was in Libra, Jupiter and Moon were in Cancer, Venus was seen in Pieces and Mars was in Capricorn. Along with that it was also the ninth day of the increasing phase of the Moon in the lunar month of Chaitra.

In his journey lasting years, Mr Bhatnagar started back calculating from the date of 1 AD as modern historians concluded that the life of Lord Rama, if at all it happened, happened before the birth of Jesus Christ.

After going through years and years of back calculations and mapping the predictable movements of the planets, he arrived at the date of 10th January 5114 BC where all of the planets aligned exactly with the same description mentioned in the verses of sage Valmiki’s Ramayana.

It is very important to note that such planetary configurations are very rare to happen again, maybe once in a million years; however what is even more fascinating is that Mr Bhatnagar also discovered that all the dates of other major events in Lord Rama’s life matched accordingly with their respected planetary configurations mentioned in The Ramayana.

This was the final proof to conclude that these planetary positions were unique to the period of Lord Ram and his entire life could be given modern dates of occurrence, cementing the fact the Lord Ram was indeed historical and was born 7,136 years ago from the date of this article being released.

Mr. Bhatnagar published his findings in a book called ‘Dating the Era of Lord Ram’ in 2004, with Rupa Publications. In this book, one can find in greater detail about his journey, approach and methodology of achieving this monumental discovery for which the whole mankind will always be indebted for.

If you have any objection to this press release content, kindly contact pr.error.rectification[at]gmail.com to notify us. We will respond and rectify the situation in the next 24 hours